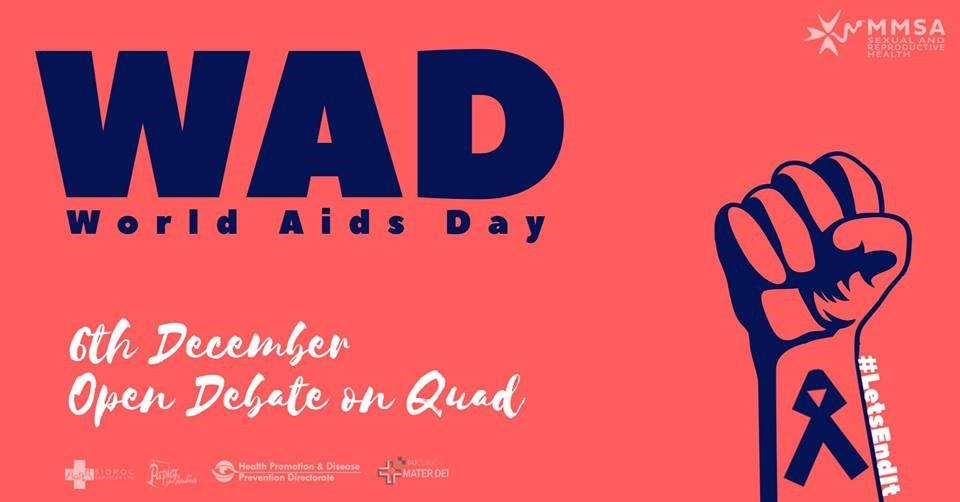 HIV and AIDS, two of the most known words in the medical world, but some of the least talked about. We still live in a world where the taboo on sexually transmitted infections is present.

As part of our World AIDS Day Campaign, MMSA is organising an open debate on campus with a panel of judges who will be tackling and discussing issues of sexual health on the Maltese Islands. Each speaker has been asked to participate due to their background of study, professional career. While others are directly associated to causes that have to do with sexually transmitted infections including HIV.

Have you ever wanted to know more about HIV and AIDS ? How it still affects us in the modern world and our Maltese Islands. How to defeat the stigma, what is currently being done to prevent the spread, who is at risk and many other unanswered questions.

Don’t miss this chance to defeat the stigma, reduce isolation and stop transmission by taking a seat on quad during Degree Plus hours, take part in the open debate by asking your own questions to our professional panel.