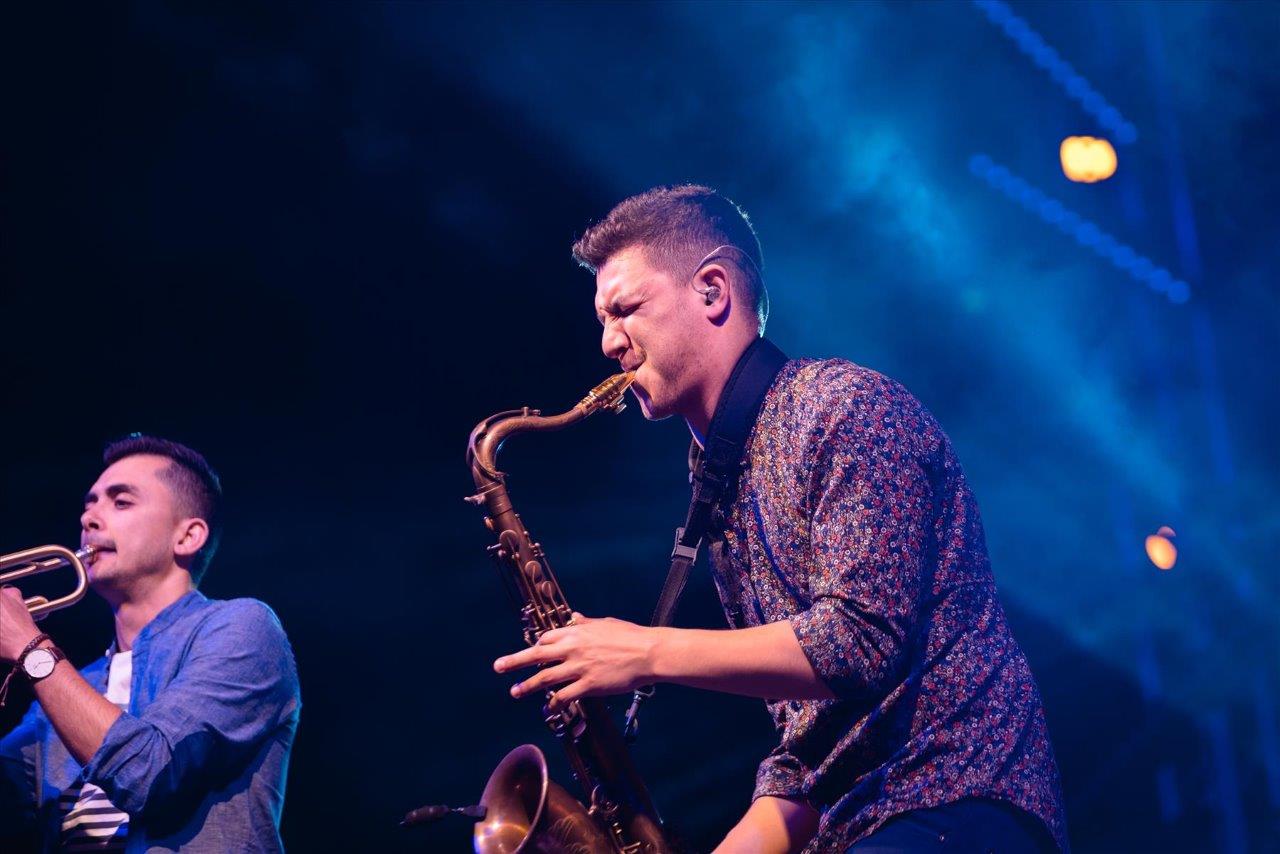 It is time for Student Spotlight again!

Our June edition features Sylvano Mizzi, a third-year medical student. Sylvano forms part of the Travellers, a well-known Maltese pop band, in which he plays the Saxophone. Renowned for their Maltese lyrics and pop-inspired brass music, the Travellers took the music scene by storm, with their albums and singles topping Maltese charts.

Look at what Sylvano had to tell us:

It all started when I was 15 years old, still attending secondary school at the time, where I was approach by one of the band members to form part of this band. I immediately accepted the offer and started attending practise sessions. We weren’t called the Travellers yet, as we came up with the name later, but I do remember being super excited to be part of a band as a saxophone player I was also thrilled to be able to start working on some new music.

Countless memories of fun times and good vibes are what I have from my many experiences of performing with the band. After all, I generally see my band mates more than I see my family!

One particular experience that really puts a smile on my face is when we performed at the isle of MTV last year, in 2017. Just playing your music in front of more than 50,000 people really gets you going :)

It’s really all about time management. For me it has always been about keeping balance in life. Too much of something is bad for you, yet on the other hand, you have to work hard in everything to get somewhere. I also take pride in my accomplishments and really enjoy what I do!

Thank you Sylvano for being our June entry of our Student Spotlight initiative! We wish you all the best in your musical endeavours.

Do you know of an MMSA member whose work deserves to be recognised? Then nominate him/her by sending an email to president@mmsa.org.mt!