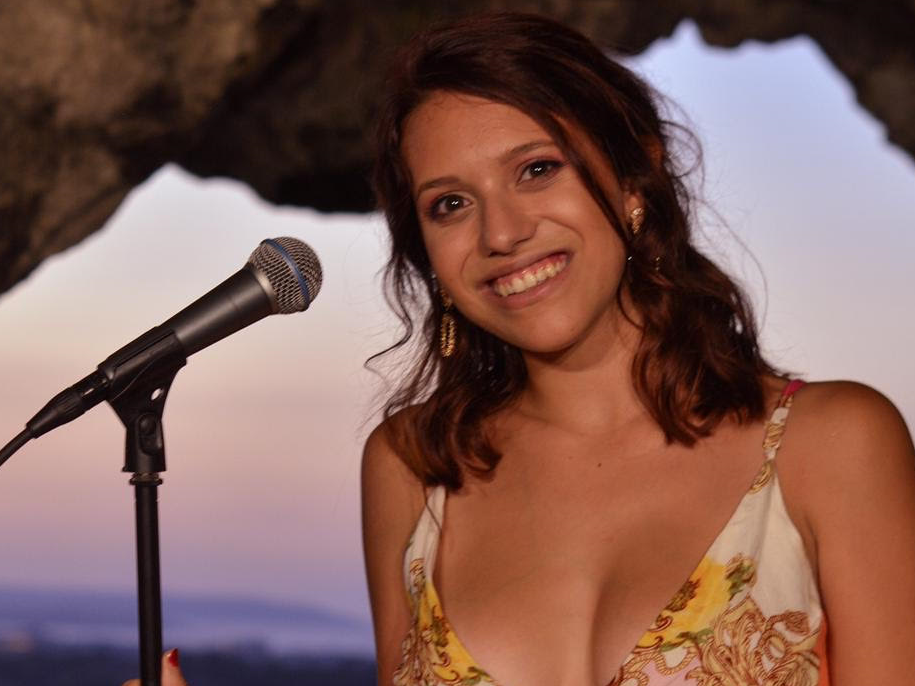 How did your passion for music begin?

I have had a passion for music ever since I could remember (my mother tells me that she used to sing to her pregnant belly everyday, so it’s very likely that it all started from there). Being exposed to several genres of music growing up, I progressively taught myself to think of a song as a medium for indivual expression, rather than falling under a particular genre.

When I was five years old, I also insisted on starting piano lessons and I haven’t stopped driving my neighbours crazy with noise eversince. Despite never going to singing lessons, I realised that the voice is an instrument in itself and it was very easy to bridge the two together.

Describe your fondest memory during a performance.

To me, the most important part of a performance has always been the audience’s reaction to it. The look of joy and happiness that beams on their faces gives me the greatest sense of fulfilment. But the most surreal moment when performing to me was this year, during a private event I hosted around July. It’s been quite an overwhelming, different year with not much opportunity to meet in large groups, and in that moment, seeing everyone bond again after such a long time and singing along to the songs I was singing really felt like I’m making a difference.

How did you balance your studies with being one of the main characters of Students’ Fest, and what advice would you give to medical students who are interested in taking part in Students’ Fest?

Initially, I was very sceptical about participating, in fact, given that it took me a while to settle down in first year, I turned down the opportunity to do so. I decided that I was not going to let this be the case the following year, and it turned out to be one of the greatest experiences of my life, and I made sure to live it to its full potential. I planned my studies ahead and always tried to fit some time to study everyday, and I passed all my exams that semester despite fearing falling behind. Being a part of Students Fest is one of the greatest privileges of being a university student so I highly recommend taking part!

What are your future plans related to music?

I’m hoping to continue with some public gigs as well as involving myself in theatrical productions in the near future. Despite 2020 being quite the rocky year, I found the opportunity to write a lot of original songs and hopefully, I will be able to invest some time on producing them very soon. Stay tuned!!