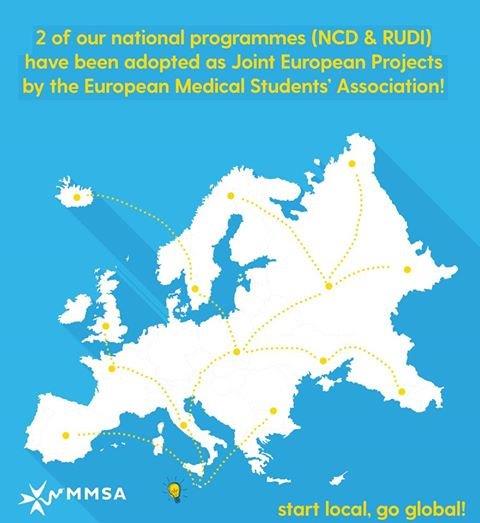 JEPs are projects which are launched by a medical association on a European platform, giving a chance for other associations around Europe to collaborate in the effort for their goals to be achieved. Our projects are making EMSA history as they are among two of only three JEPs to have ever been adopted. We are very proud of this achievement and look forward to collaborate with other international associations in promoting global health!