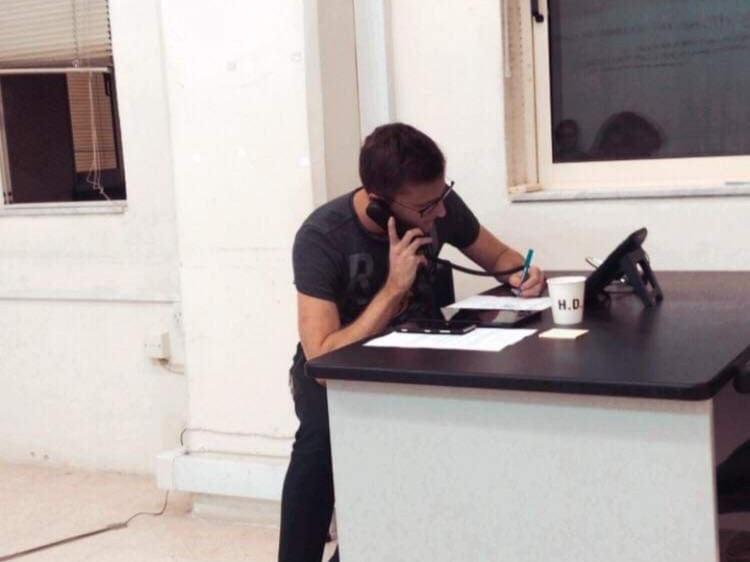 What motivated you to apply for the COVID-19 volunteering experience?

As the pandemic began to break out all across the world, I immediately got a strong urge to help out in the health sector in any way possible, and once presented with the opportunity to do so, I signed up without any hesitation. I volunteered to be at the second line call centre, where we would call back all those people who called the 111 help line to confirm if they should be tested or not.

I am someone who very much enjoys helping people and will always be ready to go out of my way and my comfort zone in aid of someone. Volunteering at the help line provided me with a medium through which I was able to do this by reaching out to and supporting many people day in day out.

Describe one of your most memorable experiences as a COVID-19 volunteer.

The many hours that I spent as a COVID-19 volunteer provided me with many different experiences - like the first time I was at the swabbing centre, or the situation monitoring team, or being a supervisor at the first line call centre, just to name a few. However, there is one experience that immediately comes to mind and that would be my first night shift at the call centre. I very clearly remember that I had one afternoon off in a very busy week and was quite looking forward to sometime inside, when I received a message explaining that they are looking for two experienced people to join the first night shift for the 111 helpline. One of my best friends, Jeremy, and I grabbed this opportunity without a second thought.

When we arrived, we were introduced to the consultant who we would spend the shift with and then settled in, for what we assumed would be a rather relaxed night shift. We began by continuing to call the people that remained from the previous shift to take a thorough history of the patient and, together with the consultant, decide whether they should go to get tested or not. Once it got too late in the evening to make calls,  we then just waited for people to call in on the 111 helpline. I personally didn’t expect many people to be calling in the early hours of the morning, but I couldn’t have been more mistaken! Within the first half hour, we had people mistakenly calling us instead of calling 112. One elderly woman was having major difficulty breathing and talking while on the phone. One of us remained on the phone with her trying to keep her awake as well as trying to get sufficient details, while someone else was on the phone calling an ambulance for her.

Afterwards, for the next couple of hours we received many calls from anxious people who were too worried about COVID-19 and couldn’t sleep. I also received a call from a woman who was in tears due to the whole situation and she just needed someone to talk to, so I spent half an hour on the phone to try to make her feel even if just slightly better. Throughout the night all sorts of calls came in - workers from health centres asking for advice, sick people asking to be tested, people asking questions about mandatory quarantine and even one man who called to ask if it was okay to eat the oranges that he bought since they were from Valencia, which at the time was a red zone.

At 6am, the next shift of workers arrived and we began to call the backlog of people from the previous day. As we were doing so, we noticed that there were a few people marked as urgent who had not been called, so Jeremy and I proceeded to call and deal with these people as soon as we could. Our shift was meant to end at 6am but we kept going till past 9am since there was so much to do, and we only left because we were sent home by the consultant in charge - but I wasn’t gone for long as I was back there later that afternoon for my next shift!

What advice would you give to medical students who wish to volunteer in the future?

I would definitely recommend volunteering to medical students. All of my friends could confirm (thanks to my constant messages trying to get them to join me at the helpline) that I am someone who very much encourages volunteering, especially during this pandemic. Volunteering may seem discouraging to some since it is unpaid, however it is very rewarding in many other ways. It requires you to go above and beyond your normal duties as students, in order to help out as much as possible. This is something that should become common practice as health care professionals, so it helps us students get used to doing so at an early stage.

Besides that, volunteering enables one to have more of a hands-on experience, especially when it comes to dealing with different situations and different characters, so it will also help us to learn and improve on different skills, which will definitely come in handy in the future.