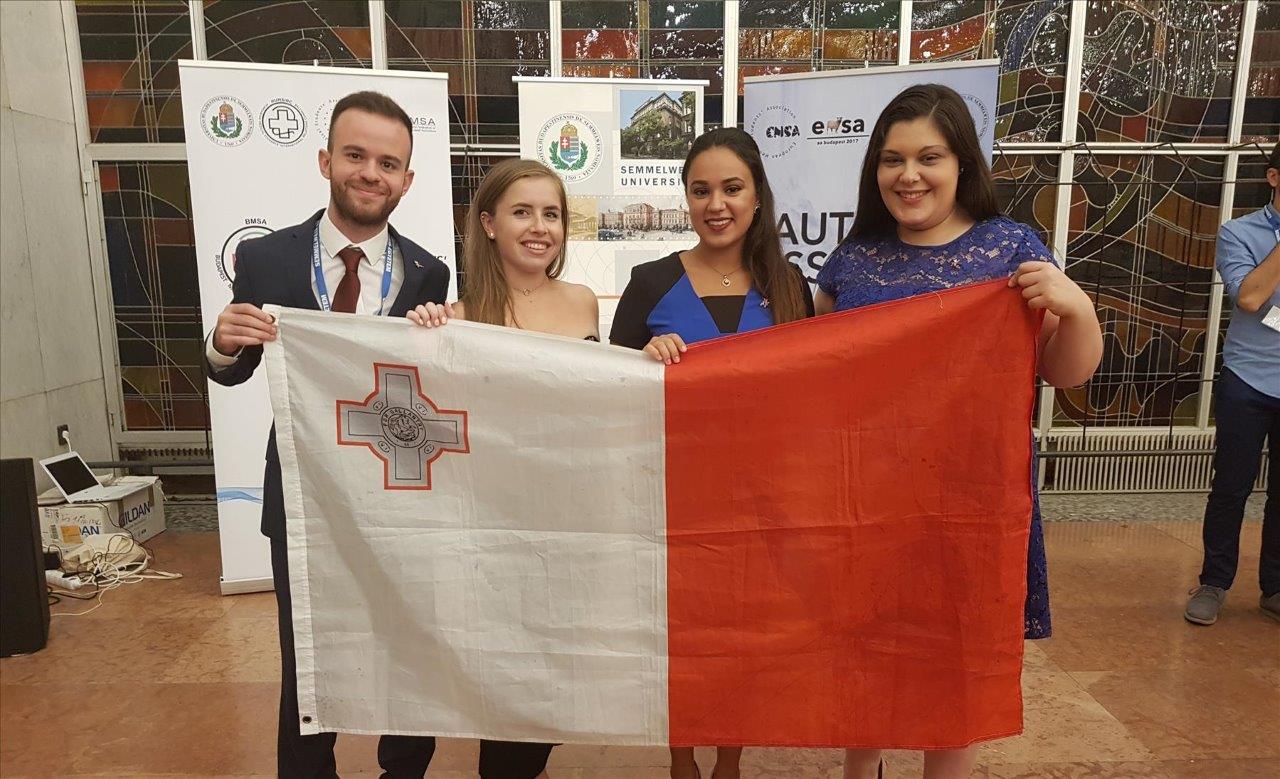 Between the 2nd and 7th September, the MMSA was represented at the 27th EMSA Autum Assembly (AA) in Budapest, Hungary. The delegation consisted of:

The AA consisted mainly of Pillar Sessions, which focused on specific European issues. These included Medical Education, Public Health, Medical Science, European Health Policy, Medical Ethics & Human Rights and European Integration & Culture. The delegates attending these sessions learned more about how they can contribute more to the ongoing work being done in Europe.

The Head of Delegation attended National Coordinator (NC) Sessions, where he gave input into the running of EMSA and had the opportunity to discuss the relationship between different European NCs and Faculty Member Organisations (FMOs).

The delegates had the opportunity to also attend Trainings & Workshops during the assembly, on topics such as Creativity, Breaking Bad News and Motivation & Empowerment.

The Theme of the AA was Antimicrobial Resistance. A symposium was held on the theme which was attended by the delegates. External speakers were invited to speak on the matter during this symposium, giving the opportunity for us to learn more about how this pressing issue is affecting Europe.

MMSA projects were also showcased during the Projects Fair. Jessica Dowling & Tamara Muscat presented MMSA's Mental Health Campaign. The Fair was also an opportunity for us to learn more about different projects being done by other medical associations.

MMSA's Twinning Programme was also showcased during the Twinnings Fair. Miguel Fenech & Jessica Darmanin presented Malta during this fair, giving us the opportunity to learn more about the programme being done by other associations, as well as setting up contacts for future possible collaborations.

Finally, the MMSA was present in the plenaries, where policy statements were adopted, amendments were done to the current bylaws and the new EMSA European Board was elected.

It was a very memorable Autumn Assembly for our delegation and we will surely continue working with EMSA in the future!