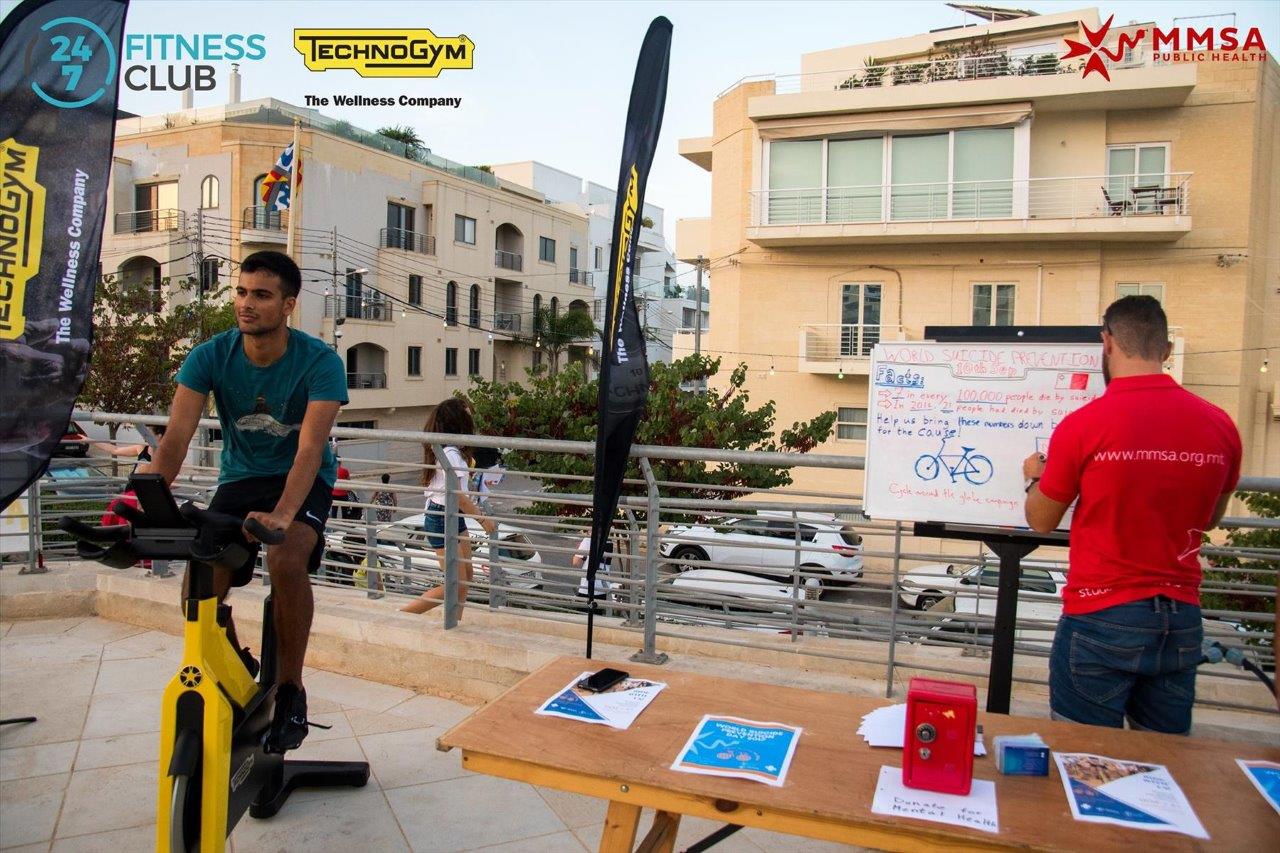 The 10th of September celebrated World Suicide Prevention Day, in which the MMSA took to Swieqi Fest 2017 and played its part in the ‘Cycle Around the Globe’ initiative as part of the campaign of the International Association for Suicide Prevention (IASP).

Here, a stationary bike was sponsored by TechnoGym and 24-7 Fitness Club on which people were encouraged to cycle and for every 1km cycled, MMSA pledged to donate €1 to the Richmond Foundation.

The ‘Cycle Around the Globe’ campaign will be continued on the 1st of October during the MMSA’s ‘Mind, Heart and Body Day’ also organised by our Standing Committee on Public Health (SCOPH).

The usual health-checks were also set up in which people had the opportunity to have their blood pressure, blood glucose and BMI checked for free!