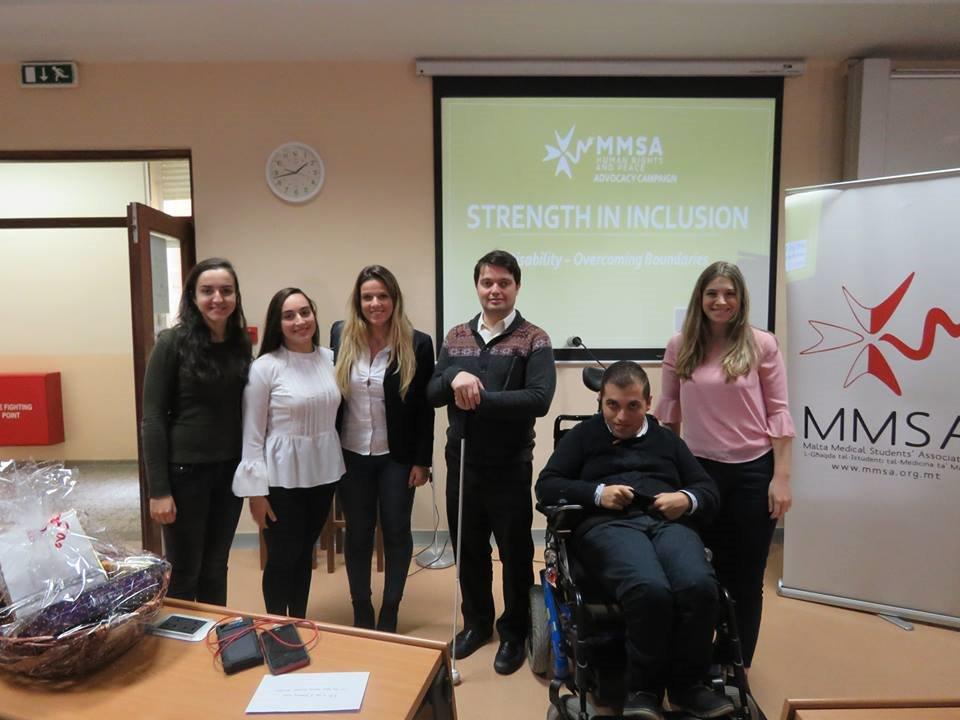 On Wednesday 15th November, MMSA - Human Rights and Peace launched the ‘Strength in Inclusion’ project by organising the first of three debates. The project is co funded by the Erasmus+ Programme of the European Union, and it aims to raise awareness and encourage University students to voice their opinions on major issues in our society.

During this first debate entitled ‘Disability: Overcoming Boundaries’, three guest speakers; Mr Michael Debattista, Mr Christian Camilleri and Ms Jessica Camilleri, joined us to share their personal experiences of themselves or family members living with a disability in Malta, including the stigma and any barriers they have faced because of it.

The advocacy campaign coordinator Maria Mallia also presented some data from a questionnaire which was distributed a few weeks before with the aim of determining the general public’s disability awareness. A debate between the attendees and guest speakers was then kicked off in order to discuss what can be done in Malta to promote equality and improve the quality of life of individuals with some form of disability. A donation of €100 raised during last year’s Amigo Fundraising activities was also made to the president of the NGO Breaking Limits, Mr Michael Debattista to support their hard work in favour of promoting inclusion.

This event was a great start to our Strength in Inclusion campaign and we look forward to the other 2 debates in the coming months!