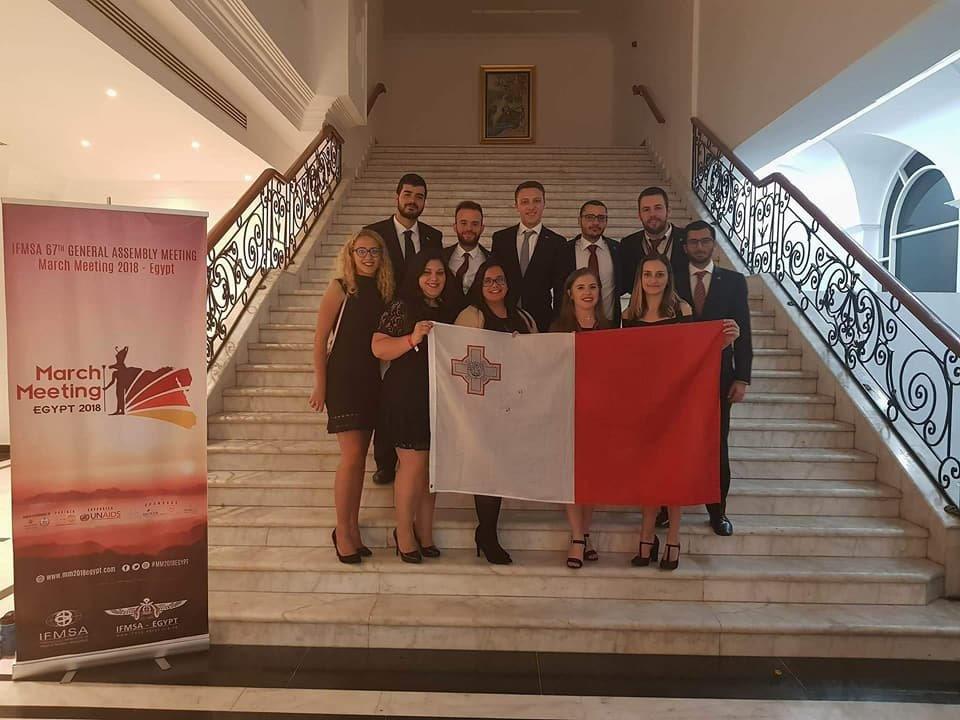 Between the 25th of February and the 7th of March, MMSA was present at the International Federation of Medical Students’ Associations (IFMSA) General Assembly March Meeting 2018 in Hurghada, Egypt. This is a bi-annual meeting of all National Member Organisations (NMOs) of IFMSA.

The General Assembly is over 5 working days, which are packed with activity:

Furthermore, we sent a separate group of members to develop their skills at the Pre-GA. The Pre-GA contains a selection of workshops which aim to develop skills – both general (such as leadership, communication, public speaking etc.) and related to a particular field in the federation (administration, public health, human rights and peace etc.). 7 MMSA members were present:

MMSA members at the Pre-GA

A full report is being compiled and will be disseminated to our members. A big congratulations goes to our delegates who have made the most of the Pre-GA and GA, and we look forward to see what ideas and opportunities they will provide the association.