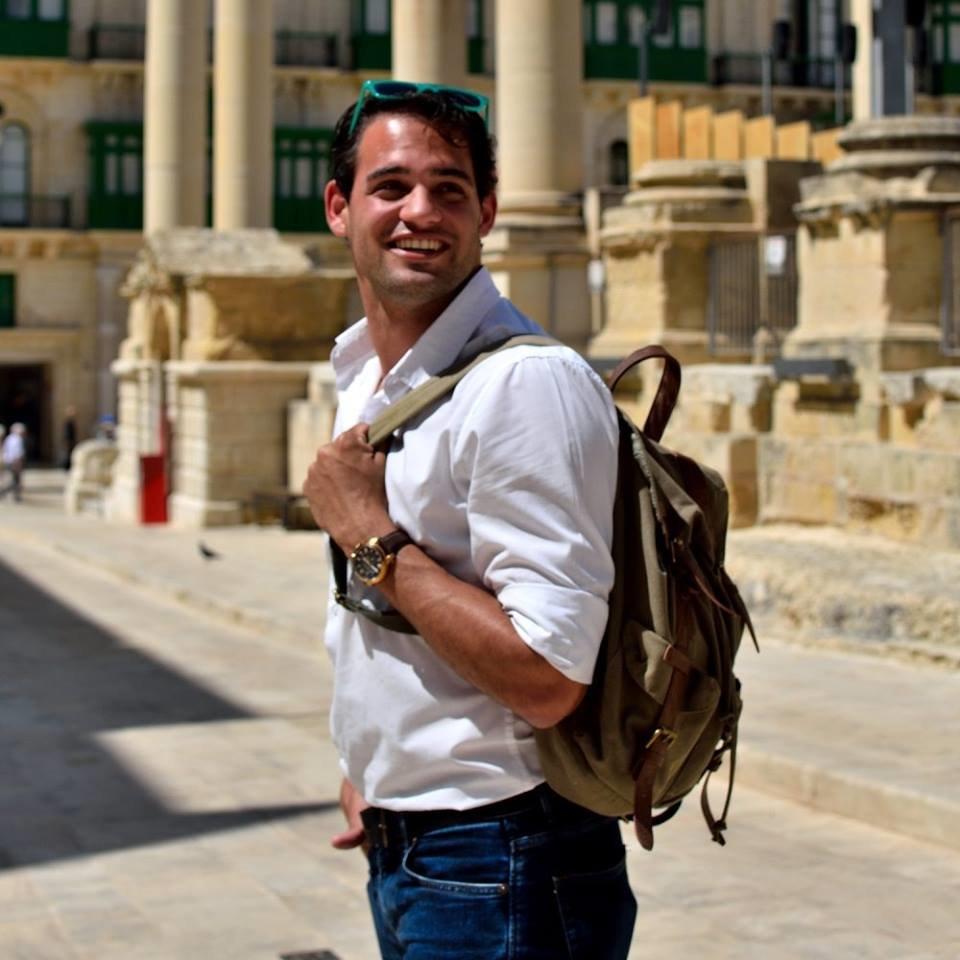 It is time for Student Spotlight again!

Our May edition features Alexander Attard Littschwaiger, a third-year medical student. From a very young age, he was always an avid sportsman and through various competitions in judo and waterpolo was recognised as an up-and-coming Maltese representative. However, this changed after suffering a debilitating injury. Despite this, he was adamant to contribute to the sport which he loved, and this led to his eventual venture into the world of coaching with the Sliema ASC Waterpolo and Swimming Nursery.

Look at what Alex had to tell us:

I have been coaching swimming for the better half of nine years but only after the last three years have I have been coaching waterpolo on a semi-professional basis. I became a waterpolo coach for a number of reasons. Firstly, I simply love the sport. Secondly, following the advice of several orthopaedic surgeons and neurologists, I was suggested to take a more active role in coaching the sport, rather than playing it. Thirdly, as any student, some extra cash to line our pockets could always come in handy.

Until the age of sixteen, I had participated in several international Judo and Waterpolo competitions, including the European Youth Olympic Games and EJU competitions. Unfortunately, following a particular rigorous training session in Judo, I suffered severe spinal trauma and I was forced to quit Judo. Despite the pain and the orders of a number of international and local consultants, I continued playing waterpolo and went forward with a dedicated group of thirteen players, two coaches and a physiotherapist to place second place in the Commonwealth Champions (Aberdeen, 2014) and fourth place in Development Cup (Iran, 2015). Unfortunately, some injuries heal and others do not. More than ten years of continually battling away in the pool, taking analgesics and receiving PRF treatment were unable to withstand the eventual deterioration of my condition – a combination of multiple herniated discs,  sciatic nerve damage and facet joint disease. In 2017, I was given two choices, either to continue playing and further risk my health or to give Waterpolo up professionally and become a semi-professional waterpolo coach. Despite my greatest wishes, I chose the latter and as much as I wish to continue playing, teaching locally and abroad, and seeing the energetic, smiling faces of kids could not bring me any more joy.

I have too many experiences that I hold dear, ranging from my experiences as a player and battling it out with England in the finals of the Commonwealth games, to coaching kids in Italy with Roberta Calcaterra (Olympic Gold medallist) and his team, to the more recent achievement of the Calcaterra Challenge, where the U/13 Sliema squad worked hard to place 12th out of 32 teams in the whole of Italy. In addition, there are a number of smaller experiences that despite their obscurity, which I cherish just as much – such as my younger brother treating me as his waterpolo role model, the first match that my boys won a friendly match and, more importantly, the endless tom foolery that strengthen the connections between a coach and his players.

Following my completion of a previous B. Sc. (Hons) in Occupational Therapy and two years of the Medical degree, whilst attempting to keep abreast with the responsibilities of being an athlete, as well as a coach, I can firmly say that there is no secret behind it except good time management and stress relief. Establishing a routine is the easiest way to prevent you from burning out and stressing whilst keeping up with the vast workload associated with our course (and any other for that matter). I coach for an average of 15 hours a week, train for a similar amount and escape to socialise in the evenings for at least once a week. Rest is just as important as studying, and in accordance with the workload thrown upon us, it is difficult to cope and adjust our lifestyle to give up everything until the completion of our course. The only other thing that I believe has helped a lot, is simply establishing studying targets, whereby once achieved, I am free to procrastinate and relax as much as I want.

Thank you Alex for being our May entry of our Student Spotlight initiative! We wish you the best of luck in your coaching endeavours, and to continue following your passions!

Do you know of an MMSA member whose work deserves to be recognised? Then nominate him/her by sending an email to president@mmsa.org.mt!