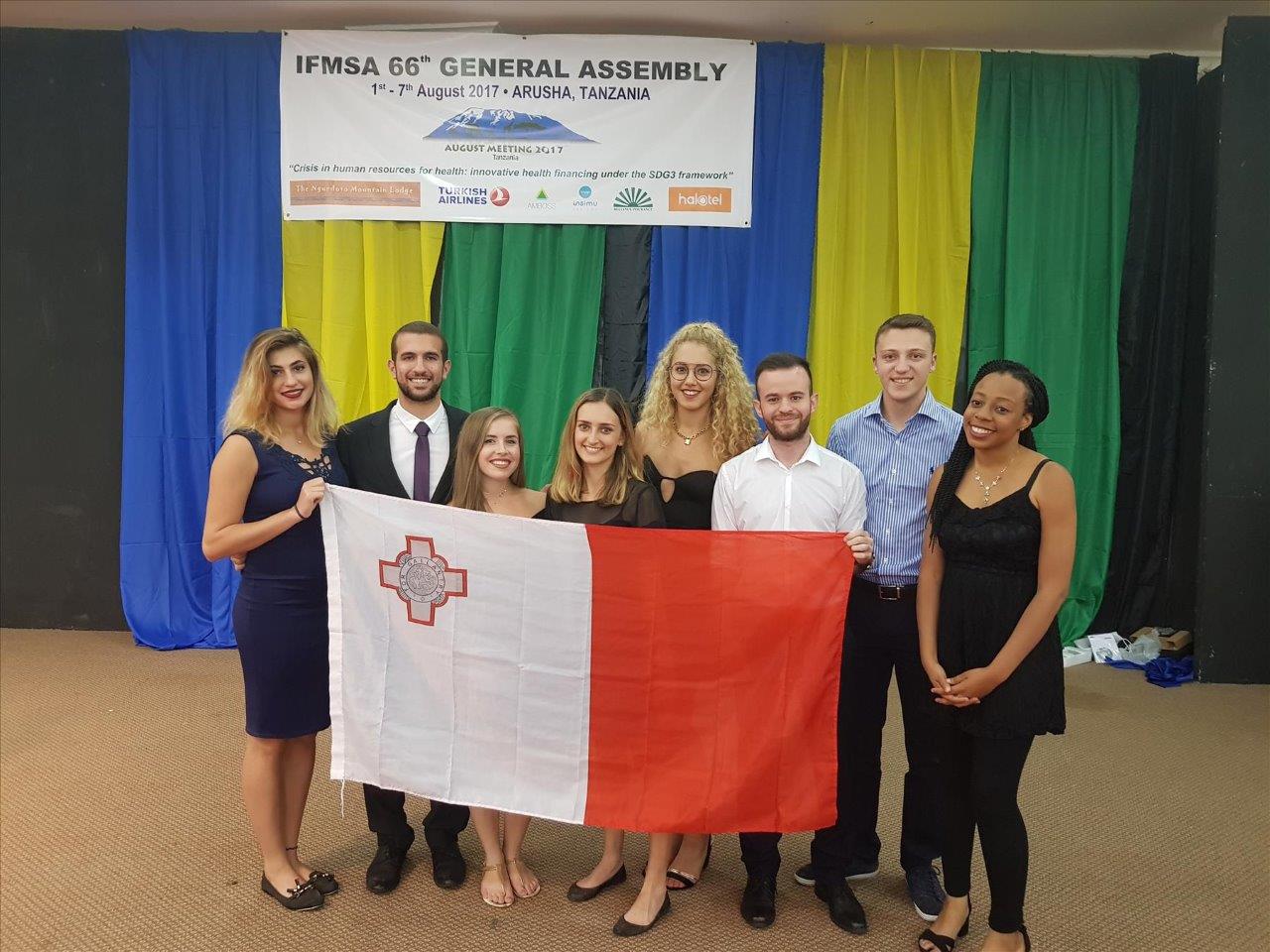 Between the 1st and 7th August, the MMSA was represented at the 66th IFMSA August Meeting General Assembly (GA) in Arusha, Tanzania. The delegation consisted of:

The GA consisted mainly of Standing Committee Sessions; SCORP, SCOME, SCOPH, SCORA, SCOPE (Professional Exchanges) and SCORE (Research Exchanges). The delegates attending these sessions learned here how to improve their work within the respective standing committees. Claire was also involved in the SCOPE Sessions Team, where she was involved in the setting of the agenda and facilitating sessions.

Furthermore, NMO Management Sessions took place where our delegate attending the sessions developed skills such as Working with Externals, Communication within the Organisation, Policy, Financial Management and Strategic Planning.

The Head of Delegation attended Presidents' Sessions, where he gave his input within the running of the IFMSA.

The theme of the GA was 'Crisis in human resources for health: innovative health financing under the SDG3 framework', and MMSA delegates attended Theme Event Sessions where they learn more and contribute towards this important topic.

MMSA Projects were also showcased during the GA. At the Activities Fair, Sarah and Mathias presented SCOPH's and SCORP's 'Mental Health Campaign', while Saveria and Jessica presented SCORA's 'World AIDS Day'. The Activities Fair also served as an opportunity to get to know more about projects from other countries.

Finally, the MMSA was present in the Plenaries, where Policy Papers were adopted, Memorandums of Understanding were accepted, and the new IFMSA Team of Officials was elected. Moreover, the Financial Report of the March Meeting held in Malta in 2016 was presented and adopted by the IFMSA.

It was a very productive and memorable August Meeting, and we shall publish a delegation report with all the details of what happened in the coming weeks.